In the past month, I’ve printed the first useful objects on my printer (the initial Android, while pretty, is not useful). The first was, and I know this is probably playing to 3D printing community stereotype, a calibration jig for someone else’s 3D printer (a Makerbot Replicator). In other words, I’m printing more 3D printer parts:

The second, though, solved an actual problem in our house. Our lovely son William, now 11 months, has worked out how to open cupboards. We have some Ikea Billy bookcases with cupboard doors on, and wanted to stop him getting in them. The knobs are simple wooden cylinders, so the rubber-band-based solution we used for the TV cabinet wouldn’t work. However, a small bit of work with OpenSCAD and a quick print later: 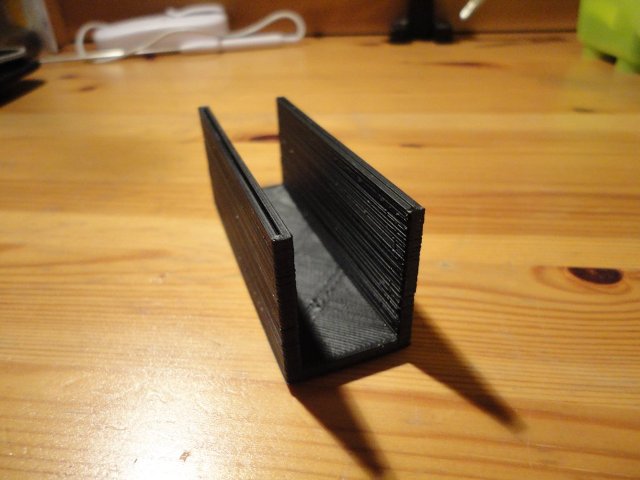 And this is what it looks like in-place, keeping the doors shut: 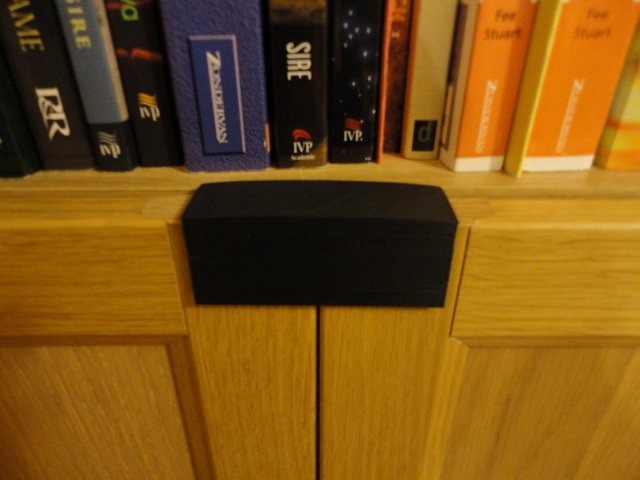 Actually, the photos are of the second one I printed. The first did the job but the layers didn’t stick together very well in some places, so it was a bit brittle. I’m still having trouble with bed adhesion and warping, but I’m working on that…