The last Mozilla All-Hands was at one of the hotels in the Walt Disney World Resort in Florida. Every attendee was issued with one of these (although their use was optional): 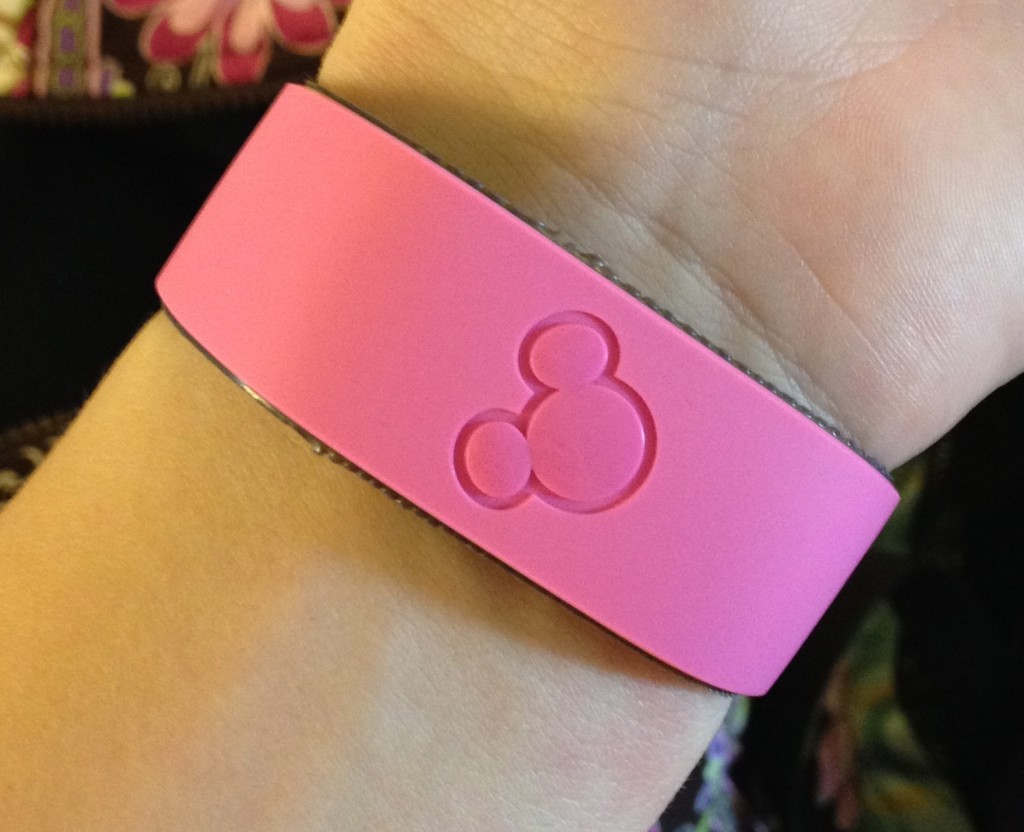 It’s called a “Magic Band”. You register it online and connect it to your Disney account, and then it can be used for park entry, entry to pre-booked rides so you don’t have to queue (called “FastPass+”), payment, picking up photos, as your room key, and all sorts of other convenient features. Note that it has no UI whatsoever – no lights, no buttons. Not even a battery compartment. (It does contain a battery, but it’s not replaceable.) These are specific design decisions – the aim is for ultra-simple convenience.

One of the talks we had at the All Hands was from one of the Magic Band team. The audience reactions to some of the things he said was really interesting. He gave the example of Cinderella wishing you a Happy Birthday as you walk round the park. “Cinderella just knows”, he said. Of course, in fact, her costume’s tech prompts her when it silently reads your Magic Band from a distance. This got some initial impressed applause, but it was noticeable that after a few moments, it wavered – people were thinking “Cool… er, but creepy?”

The Magic Band also has range sufficient that Disney can track you around the park. This enables some features which are good for both customers and Disney – for example, they can use it for load balancing. If one area of the park seems to be getting overcrowded, have some characters pop up in a neighbouring area to try and draw people away. But it means that they always know where you are and where you’ve been.

My take-away from learning about the Magic Band is that it’s really hard to have a technical solution to this kind of requirement which allows all the Convenient features but not the Creepy features. Disney does offer an RFID-card-based solution for the privacy-conscious which does some of these things, but not all of them. And it’s easier to lose. It seems to me that the only way to distinguish the two types of feature, and get one and not the other, is policy – either the policy of the organization, or external restrictions on them (e.g. from a watchdog body’s code of conduct they sign up to, or from law). And it’s often not in the organization’s interest to limit themselves in this way.

4 thoughts on “Convenient… and Creepy”