Update: Every year or so someone asks me for the files, so here is all I have as a ZIP. If it works for you, great. If not, sorry :-)

Some things made with 3D printers could possibly be made more easily using other manufacturing methods – although printing them yourself is often more fun. But sometimes you come across something which would be fairly tricky to make otherwise, unless perhaps you had high-end equipment like a laser cutter.

Cots, in the UK at least, often have a “drop side” – a side which is normally at the standard height, but can be lowered to make it easier to insert or remove a child. The side is usually held up by some kind of safety clip at each end, such that when you raise the side, the clips automatically engage, and when you want to lower it, you need to lift the side a little and pull both clips out of the way from the outside. This prevents a child pulling off an escape :-)

One of the two cots we have used to belong to my wife’s brother. It has such clips, and long ago one of them broke. He made a flat replacement out of cut perspex, but it has also recently broken. This is a problem because our changing table fits on top of the cot, and if the sides aren’t the same height, the table can’t be used and we are having to change William and John with the mat on the floor! So I thought I’d try and print one.

As you can see from the right of the photo below, the existing clip is a rather specific shape, and would have been hard to produce by many other methods without a lot of trial and error. Many parts have to be exactly the right angle and length or it won’t open, or close, or pass the cot side, or whatever. I took a scan of the existing clip (which was a bit blurry, as the clip is not flat) and traced around it in LibreCAD. I then saved that trace as a DXF file, and wrote an OpenSCAD file to make a new clip, based on a linear extrusion of the outline, plus (on later attempts) two extra blocks for a stop and a handle. Here are my efforts: 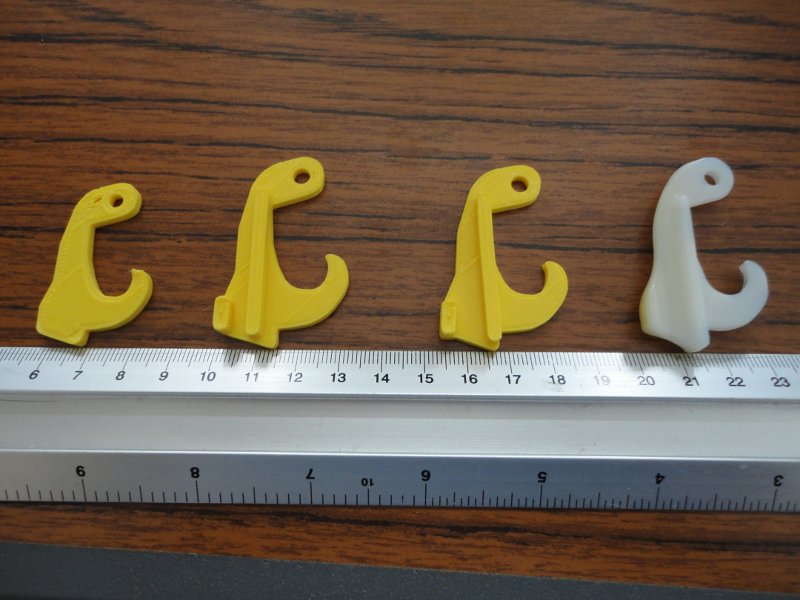 The first was too small, the second marginally too big (and the blocks not aligned right), and the third, like Little Bear’s porridge, was just right :-) Well, it suffices anyway, although the hook could do with being 1mm smaller for easy passage of the side.

Here’s the clip in situ, supporting the side of the cot: 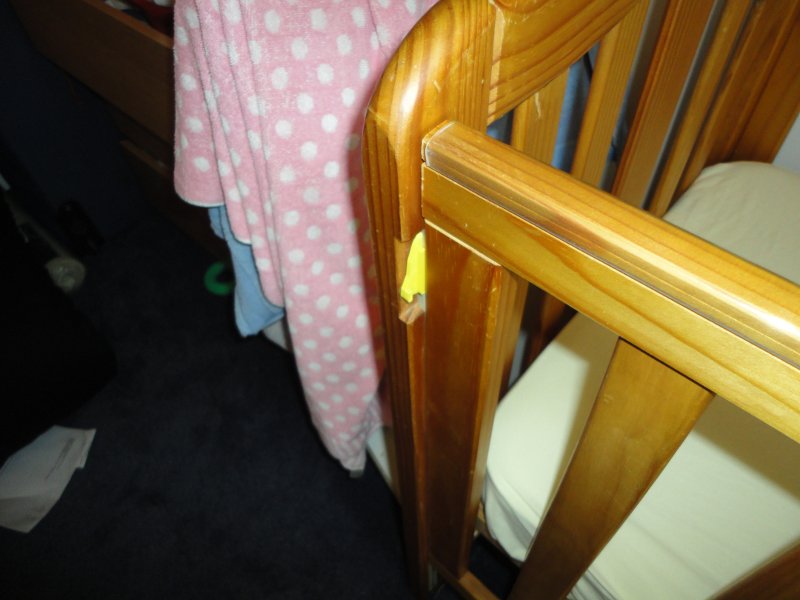 And this photo, beautifully modelled by my wife, shows how it fits when the side is down: 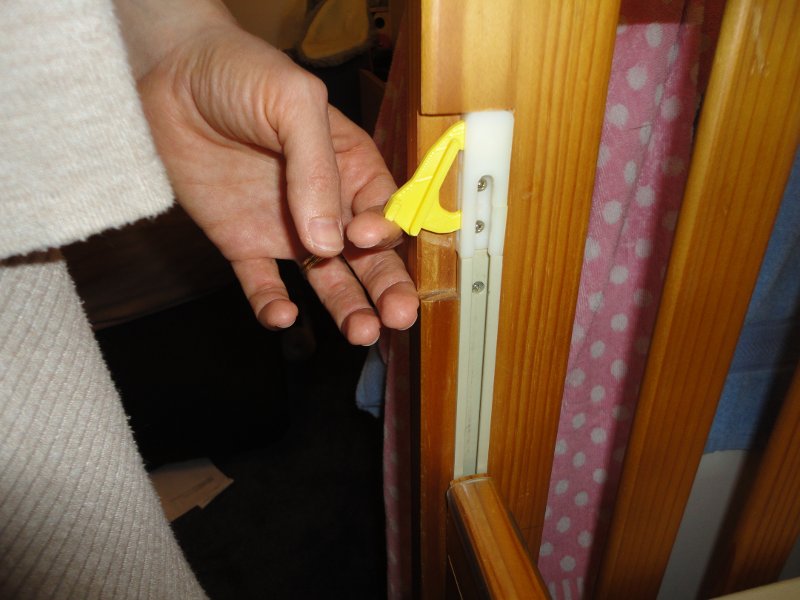